Malcolm Steadman was making toast when a terribly profound, and deeply troubling thought bore its way violently to the forefront of his consciousness. The morning before this was as listless and routine as any Wednesday morning. It was mildly agitating as the minutes had trudged by while his toast was cooking, but otherwise did not have any qualities worth noting or comparing to any other moment. Then the toast popped. The thought came suddenly.

His toast was a little burnt, just enough for him to notice the layer of black carbon that the bread had become. It had just occurred to him just how immensely long it had taken the universe to create carbon, and therefore toast, and he was not prepared for the sheer weight of that concept. Carbon, like most matter, is forged in the raging hot fusion of stars, a process that is so impressively powerful it forces atoms to combine. Not enough can be said about how mighty this force of nature is. It took a full 200 million years after the universe was birthed screaming into the ether for a star to form and for the forging of matter to begin. These stars would burn and burn, crushing atoms into each other to create the furnaces of gods for billions of years. Billions. Only after they died, a process so violent and terrible that their corpses become abominations and eat light, could carbon be released. After a star explodes and turns into physics breaking monsters would carbon scatter into the unfeeling and uncaring void that is space, and eventually congregate into planets. This process, of stars exploding dust and debris would go on for ten and a half billion years before the Earth would finally form. Ten billion years of exchanged energy to create a speck of rock streaming through infinity.

That rock would ferment and stew for another billion years before the most primitive form of life would be formed, and another 2 billion years would pass before life would produce sexually. All this time, the used up energy of stars would pass from one life to another. Carbon would be eaten, and stolen, from life after life, leaving an unbroken chain of dead organisms behind. Humans joined this greedy dance of thievery just 200 thousand years ago. It was not this process that set Malcolm into a panic attack. It is what we did with all this potential energy that freaked him out. Malcolm sat down, his muscles giving in to the burden of gravity. His toast was getting cold.

All of this, all of this potential energy, none of it disappearing but simply passing from star to rock to life endlessly. Shouldn’t it amount to something? This, this was the thought that did him in, that truly made his existential terror peak: all of that time and carbon was wasted when we immortalized Honey Boo Boo. She would last longer than the pyramids. Traveling at the speed of light is the broadcast signal of the reality TV show “Here Comes Honey Boo Boo” growing bigger and moving outward as a sphere into space. When the Earth is consumed by fire and eaten by our sun, Honey Boo Boo will remain. When the pyramids of Giza topple, and even the words of the Torah are forgotten, the broadcast signal of Honey Boo Boo will remain. The pinnacle of Reality TV would even outlast the plaque left on the moon by Apollo Astronauts. Our greatest triumph. Honey Boo Boo won’t be the only one either. Hitler was the first world leader to be broadcast into space and that broadcast will likely outlast all of the visible stars in the sky. Humanity at its worst, leaking into eternity like a urine stain that will never wash out. The death of numerous stars, the feeding fest of life, all of that carbon, wasted. All of that carbon. Wasted.

The injustice of it was too much. 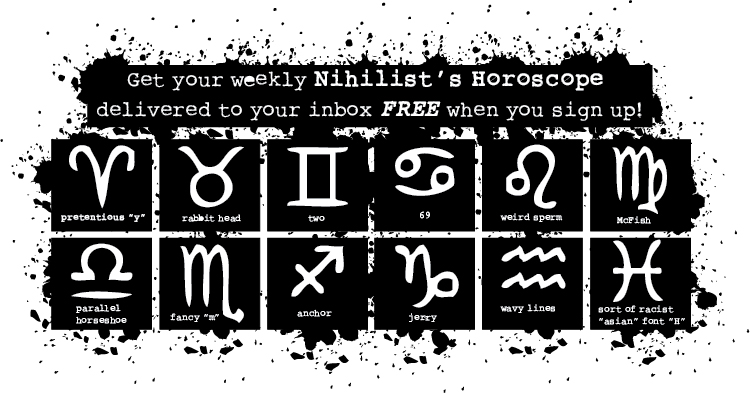